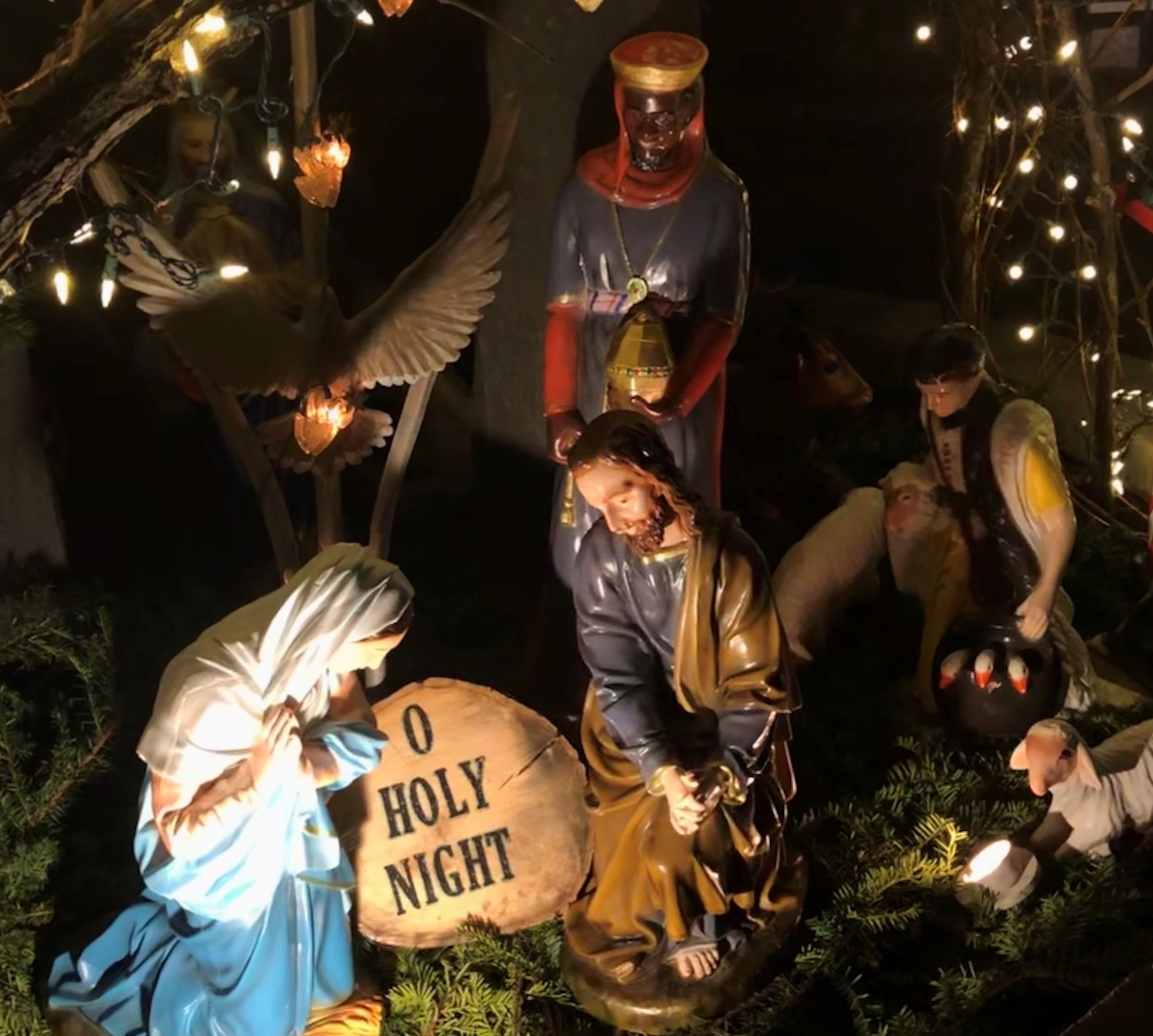 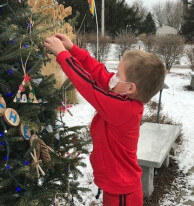 When it became apparent we were not going to be worshiping together with some of our favorite people at Christmas the Grounds Beautification Team decided to use our talents to transform the sacred space in the Prayer Garden with colorful lights to overcome the darkness and nestle our beloved manger set into an alcove created by branches arched over the fountain. We added a sprinkling of white lights and tiny, shiny brass angels. And the first gift appeared from the little drummer boy. Then flowers and a wreath for a cherished child who now sings with the angels. Then pine cones covered in birdseed by some of our youngest. And more and more ornaments crafted not with precision like store-bought but instead abounding in love as only handmade can express. There are also gifts of financial intent represented by bright ribbons--lots of them--which dance to the whims of the winds. The garden isn't flashy but then that wasn't the objective. It was simply a gift to a church and its congregation to help make sense of this very different year. One of our favorite shots is to stand on the rise of land across from the circle drive and look back at the church windows which reflect all the lights from the Prayer Garden. It looks joyful. 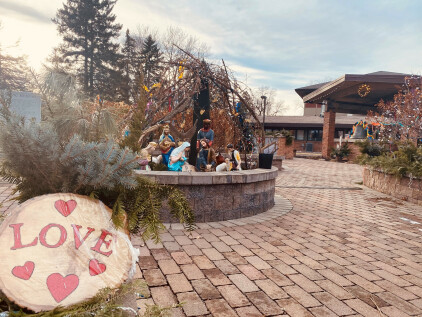 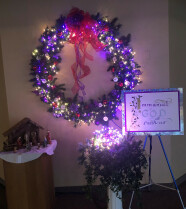 Inside our church the Design Team struggled with how to make it feel like Christmas when it was imperative to observe all COVID-19 practices as we worked and more importantly, keeping in mind the absolute best part of Christmas design is when all of us come together filling the Sanctuary--nothing beats that ornamentation. But then we remembered Isaiah's prophecy that born to a virgin would be a child, Immanuel, which means God with us. No strings attached. No conditions such as we need to be inside a church building on Christmas Eve. God with us no matter where we are. What an incredible message of hope in this strange year. An exquisite poster in calligraphy with that very message became the rallying cry. We surrounded it with one of Faith's porcelain manger sets and a wreath in purple lights in honor of all the front line workers and others who have given so selflessly this year, but also white and red to marry it to the outside wreath that shines down upon the Prayer Garden.

In the Sanctuary we used the exact same color scheme as outside but in different proportions because we decided that this was not the year to play it safe with our traditional white lights. We put the Advent wreath, trees, banners, flowers, candles, candelabra, and angels where we normally could not. Our wooden cross was transformed into the star of Bethlehem. We lined the main aisle with pew candles that this year people will not complain are obstructing their views. We filled the Sanctuary so it doesn't feel lonely this Christmas. The Christ child is coming and that is a gift to us all. Merry Christmas!

The Grounds Beautification and Design Teams: 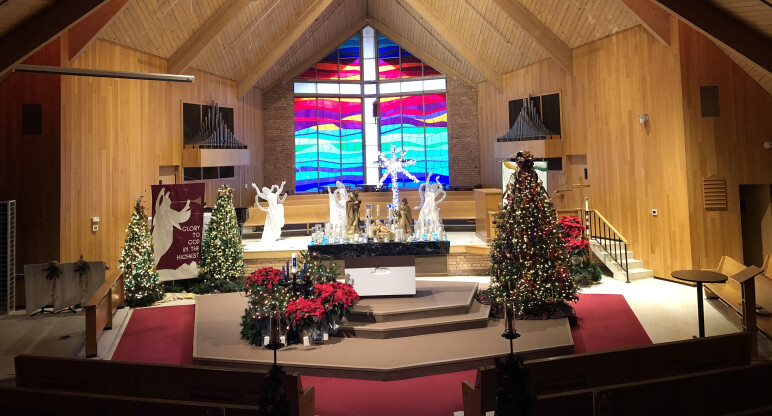